A Proper Tips on: How to Block Neighbors Security Camera
GetLockers

Are your neighbor’s security cameras pointed towards your home? Do you feel like your neighbor has directed his CCTV to your bedroom window on purpose?

Well, apart from those in the remote countryside, most of us live in a suburban community where we have all kinds of neighbors. Cheerful and friendly; quiet and shy, and others mean and arrogant.

Some are also sloppy and nosy, in which case you find them setting up their surveillance cameras facing your property. Not that they suspect you as a felon, but because they just want to do it with or without considering your feelings.

In this article, we will teach you several tricks on how to block neighbors security camera that you feel like it’s spying on you. We’ll touch on both the legal and controversial ways in case either of them fails to work.
Before we can come to that, however… 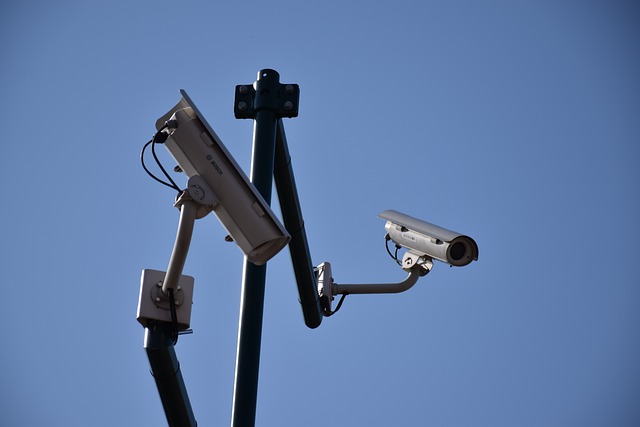 Can Your Neighbor Have Security Cameras Face At Your Property?

Same as you, your neighbors are entitled to secure their properties and using security cameras of their choice. If they have installed one or two of the best long-range systems and it happens to capture your yard, there’s nothing wrong about that.

The owners possibly have no evil intentions as maybe they want to capture a broader area so that they can see everything that happens around their property. In such a case, you can’t press charges even if the camera is capturing your front door as you have no expectations of privacy outdoors.

There are no laws or restrictions that inhibit a private person from installing surveillance cameras for security purposes. Even the California constitution considers it “lawful” as long as the CCTV system is not in a “private place and do not violate any state or federal laws”.

So, chances are that part of your property just happens to be a collateral background of your neighbor’s legal security mechanism.

That’s right. As long the neighbor uses the recorded videos for lawful purposes only, there’s nothing illegal about a security camera on his property. The action, however, shouldn’t infringe on your privacy or used wrongfully in acts like blackmail and leaking your family’s secretive life.

If any of that happens, you now have the right to take action, which now brings us to our next subject on how to blind the security camera. There are several of these ways. So, we’ve divided them into two sections, whereby we’ll first look at the friendly means. Then, the not-so-legal ways that can also be effective but risky.

The tactic involves having an open conversation with your neighbor before doing anything that will possibly damage your relationship. Ask him in a friendly manner the purpose of his CCTV as you try to identify why he has faced it towards your backyard or front door.

If the topic fails to come where it matters, tell him how you feel about the camera pointed at your house. You may be surprised the owner had no clue of it as it might be how the installers left the device set.

But if not, tell him you are not comfortable with the positioning of the camera, and politely ask him if it’s possible to reposition it.

Of course, you will be poking the eye of your neighbor but it can be effective. Especially if the owner deliberately aimed his camera on your property to spy on you, a gift of his impudence can help.

You just need to get a high-quality security camera, preferably a better one than that of your neighbor. Then, put up in your property and facing their property as well. Not only will the move annoy the busybody, but it will also help your problems go away while still enhancing your safety.

As we’ve just said, you can have all types of neighbors in your community. If the security camera owner happens to be the unreasonable kind, you can involve mediators to have the issue solved.

The local mediation center from your area can be a good example, in which case the co-mediators will set a meeting with the neighbor and you. Then, you guys discuss the issue until you reach a favorable solution.

If the security cameras owner goes extreme and starts leaking your private life to third parties, you can now file lawsuits. Let’s say he posts in social media a private video he recorded of you, he’s not just violating the law of privacy. You can also sue the person as a culprit of harassment.

All needed is to consult your lawyer or the local authority with credible evidence to support your claims of invasion of privacy.

As mentioned, there’s no offense for one having security cameras on their property. Hence, the reason you’ll need definitive proof that the nerdy neighbor is spying on you so that you can file a viable lawsuit.

In most cases, lawsuits can take a while to process and take effect. If the camera of your neighbor’s CCTV is still aimed at your window, you can efficiently blind it with a physical obstacle.

Tall trees and long hedge fences can provide a better outcome as they will also improve your compound’s aesthetic. But since they will take a longer time to grow high, you can set up a privacy fence using pieces of wood or composite.
The technique might be over the odds, for sure. But it can be worth it if you don’t want to look over your shoulders anymore.

The five above consist of the easiest tactics you can use to blind the neighbor’s security camera in a friendly manner. There are several others you can also make use of, but we can’t openly recommend them, although they still can work.

They’re more of misleading tips, which most likely can lead you to the other side of the law if caught by the owner.
They include:

Use of High Lumens LED light: This one involves shining a super bright light directly into the lens camera for extended periods. It can damage the CCD sensor, which is the main component in capturing images.

Block with a Laser pointer: it works in the same way as the high intensity LED light, whereby it damages the image sensor. Similarly, it has to be aimed directly into the lens for it to work.

Disable with jammers: although it might sound like the miseries of spycraft, these devices are available in the market. They work by disrupting the audio/ video signals transmitting from the security camera. The greatest drawback, though, is that it can successfully work on wireless devices, plus you might need to know the camera broadcast frequency.

Blind the lens with paint or viscous substance: The method is the least practical for the task, but it can also work if you have crazy courage for it. Only that you have to be at proximity to do the painting or to apply that peanut butter. Hence, has a high risk of getting caught in the act.

Cut the connection cables: The method is a harsh one and the riskiest. It involves cutting the cables from the wired surveillance cam, which means there are chances of getting an electric shock. And also you can be easily caught by the owner and charged with malicious destruction of property.

Investing and installing a security camera can truly help improve the safety of your property. If you have a good piece with a higher field of view, you can even help identify criminal activities happening around your neighborhood.

Nonetheless, not everyone is straight-minded and some tend to abuse the effectiveness of their surveillance gadgets at the very chance they get. Hence, the reason we opted to share with you tips that can help discourage your neighbor from aiming his camera at your property.

In a community where you’re living closer to each other, it’s always good to maintain a good relationship with each other. So, violent means like spraying paint on the camera lens or cutting the cables are not an effective way to go about.

It’s even better you get thick and sturdy curtains if you want to protect the privacy of your living room. And if it gets to the extreme level, use a skilled local mediator who will help settle the problem without further escalation. In the end, I hope that you got an idea about how to block neighbors security camera?.