Kwikset vs Schlage: Which Keyless Entry Lock Should You Choose?
GetLockers

Are you one of the forgetful types? How many times have you locked yourself out? Or how often do your kids remember to lock the door? Whatever the case it might be, having an electronic lock installed on your main door can come in handy. And in this case, we’re going to Kwikset vs Schlage to see which brand has the perfect keyless lock for your house.

Indeed, the two are the overall best keyless door locks here in the U.S., but, of course, not the only. Both Eufy and Wyze, which are top on the list of the most sought-after security cameras without a subscription, do offer the keyless entry convenience as well.

But, anyway, Kwikset and Schlage are often the main discussions when it comes to the question of keyless entry locks. Yes, both are American brands, plus they have been on locks making for over seven decades.

Kwikset vs Schlage: A Summary on the Bestselling Smart Keyless Entry Locks from the Brands

As was mentioned, Kwikset is one of the best names in electronic keyless door locks. It‘s an American brand and has been in the industry since 1946. Thus, two of the many reasons it’s a favorite of a lot of people.

As for its catalog, Kwikset does have a solution for everyone, including the traditional/ keyed locks and digital/ electronic locks. The latter, which is our focus topic today, is a great choice if you have a smart home or would like to have one. You can opt for the “basic” keyless entry locks or the “advanced” smart locks that also bring you the benefits of remote access.

Better yet, Kwikset keyless locks help you secure a door at a relatively lower cost compared to its competitors, like Schlage. You’ll also find some models, like the Kwikset Halo Smart lock above, with an integrated rekey system. Thus, enabling you to give your door lock a new key without having to call for a locksmith.

Meanwhile, Schlage started in 1920, which means it’s about 20 years older than Kwikset. It’s also an American brand, a great one if we might add if you need a professional-grade lock for your residential door. Of course, that means you might need to add a few bucks to own either of the systems, but it will be worth it, as we shall see later on.

As for the products, Schlage also has locks for everyone, in both the traditional/ keyed designs and digital/ electronic models. The electronic category also includes the basic and smart locks, which you can even pair with your home automation or even a Ring video doorbell. Thus, enabling you to not only know but also see who’s trying to tamper with your door’s lock.

Kwikset vs Schlage: Comparing the Features and Performance of the Smart Keyless Locks

Technically, both Kwikset and Schlage are great lock-making brands, but each has its unique qualities. Here’s a summary of the main differences and similarities between the two so you can make a good buying decision during your next purchase.

Kwikset is the clear winner. Its locks are slightly cheaper than Schlage models of similar technologies. A good example is the Kwikset Halo WiFi Smart Lock (Touchscreen version) vs the Schlage 622 Encode Smart Lock, whereby the former is cheaper by $12.

Even so, Schlage tends to have limited-time offers once in a while, in which case you can save more than a half on their premium products. But again, the same goes for Kwikset.

Some of the best deals on Kwikset and Schlage keyless locks right now include:

Kwikset 98880-005 SmartCode 888 Smart Lock Touchpad Electronic...
Up to 30 programmable user access codes for family and guests to use at the door; Note: Please refer...

One of the reasons Schlage locks are so expensive is from the way the company makes them- more precise and securer. They usually use an all-metal construction, including the housings for even the cylinder. Hence, the reason you’ll feel it’s a bit heavier compared to other brands, including even Kwikset locks.

Furthermore, Schlage keyless locks use high-grade electronic components. Yes, it might be impossible to tell the difference physically when buying, but the 3-year warranty is good proof.

Of course, Kwikset locks also does have a protection policy, but only for one year on the electronics. As a homeowner that should tell you a lot even before you get to hold the product itself. And once you get to hold it, you’ll notice it has a much lighter housing material, with some parts, like the cylinder, using an electroplated plastic.

Schlage will also take the points for the security as it’s a little more convenient and reliable. For one, the material the locks from the brand is a quality, thick metal, including the deadbolt, which usually enters the strike plate. Even better, some of the locks include the infamous anti-drilling shield plate, which prevents the would-be intruder from compromising the deadbolt.

Furthermore, the Schlage lock has more spool/ security pins (up to four pins), which makes it harder for someone to pick the lock. It also has a built-in alarm, which will go off and also alert you via the app during forced entry. That applies to both the tampering (like picking) or after trying many PIN entry times.

Nonetheless, various Kwikset keyless locks also do have a built-in alarm, which will go off after using many incorrect code entries. It also uses a sturdy bolt, but it’s relatively thinner and shorter than that of the Schlage locks. Then, the security (spool) pins are only two- two less than Schlage.

When we compare Schlage vs Kwikset on usability, the two are pretty much similar. If it’s the entry modes, you have the option to use the mobile app, keypad, or the physical backup key. You can also find a keyless lock that uses the regular keypad with physical buttons or one with a capacitive touchscreen.

Furthermore, both Kwikset and Schlage support auto-lock, which you can set from the mobile app. Then, there’s a one-touch button that you or the kids can use to lock when no phone/ key is available.

Still, the two keyless lock brands do have a Backlight for easier visibility when inputting your code at night/ darkness. However, Schlage locks will only activate the backlight when you press any of the keypad buttons (the Schlage logo doesn’t count). Then, Kwikset requires you first press the lock button so the keypad can light up. So, there’s that slight difference.

This is a clear win for the Kwikset keyless lock, all thanks to the integrated SmartKey system. The system comprises a little hole next to the main keyway and a rekey tool (comes with lock), which you just insert and set the key you want to be using.

Unfortunately, Schlage doesn’t have the integrated rekey feature. So, you’ll have to call a professional locksmith if you want to change your current key.

Well, this is yet another area Kwikset and Schlage will be splitting the point. They both can connect to your home WiFi, which will allow you to remotely access (lock/ unlock) while even miles away, just like with a wireless security camera. So, you won’t have to keep your guest parking outside in the cold as s/he waits for you to come.

Furthermore, the Schlage and Kwikset electronic keyless locks are compatible with Amazon Alexa and Google Assistant devices. Thus, enabling you to access your door lock through simple voice commands.

Which lock brand is best?

In truth, Schlage is a much better choice if you won’t mind adding the $10 or $40. It has a well-built construction, with all metal components, an anti-drilling shield, and an up to three-year warranty policy. If you compare the latch bolt, you’ll also notice it’s a bit thick and longer than that of Kwikset.

Is Schlage or Kwikset more common?

Both Schlage and Kwikset are some of the most common keyless locks here in the U.S.A. However, Schlage is the overall bestseller in the smart locks category, with WiFi connectivity.

Can you replace Schlage with Kwikset?

Can you use a Kwikset key in a Schlage lock?

If you have the two opened up, you’ll notice the low spots of a Schlage lock don’t match those of the Kwikset. So, it will be impossible to use a Kwikset key in a Schlage lock, even if you wanted to rekey to be using a single one.

If you were finding yourself stranded on which keyless lock to choose between Kwikset vs Schlage, we hope our article has helped. Indeed, we apologize it was a bit short, but that was the idea as we will be reviewing individual locks in our next post.

Even then, as you choose your Schlage keyless lock, don’t forget it’s only less than five models that are compatible with the Homekit. Also, the smart WiFi locks will probably remain connected to your Home WiFi and auto-lock throughout. So, you might notice the batteries last only four months instead of the advertised six months. If you want the battery to last longer than that, you can disable the auto-lock and remote access features. Crystal-clear footages. Two-way audio. Intelligent video analytics. These are just some of the... Do you really have to stay behind your security monitors or smartphone to know what’s happening on... 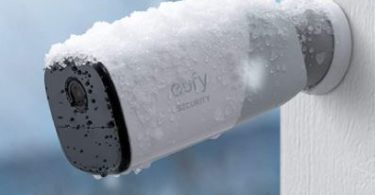 Do you really need to hire a professional technician to install your security cameras? In this... Home automation’s now a trend, especially for those of us who’d like a convenient and easier way to...