Foscam Vs Reolink: Which Would Make A Good Security Camera System
GetLockers

Many factors define a good security camera. In this article, we’re going to compare Foscam vs Reolink security cameras on some of these features so that you can know what’s best for your home or business needs. We’ll use simple, non-technical language that we use to communicate. So, even if you’re a newbie to video surveillance, we believe the discussion will help you make a perfect decision between the two.

The 4 Reasons Why Reolink is the Best Security Camera 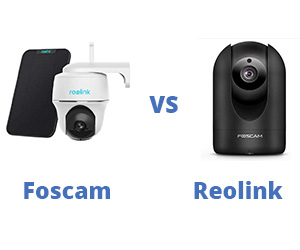 Foscam vs Reolink: An overview on the Brands

Despite everything, Reolink and Foscam are quite alike, starting with their focus on only network video camera products and solutions. Their differences are based on the type of cameras, aesthetics, functionality, and technology use. But aesthetic is not crucial when it comes to security matters, thus we definitely won’t talk about that.

Anyways, here is a summary of the two companies before can put their cameras under our big microscope.

Reolink is a leading provider of video surveillance solutions, and a favorite of many people. It’s one of the few brands that focus on offering high-quality cameras while still operating at a low price-point.

The company has dozens of variety of CCTV systems that comprise PoE expandable units and standalone devices. You’ll also find cameras with varying designs, resolutions, connectivity, among other features.

While it has helped millions of people across the globe, however, Reolink security camera brand is a little behind in terms of tech. Until now, the “global innovator” has not been able to come through with smart artificial intelligence features for their hardcore techy fans.

While discussing Lorex vs Amcrest a time back, we mentioned Amcrest having a close relationship with Foscam US. Well, this now is the parent of that branch, officially known as Shenzhen Foscam Intelligent Technology Company- shortened to just Foscam.

The company only offers IP security cameras and recorders. Similar to Reolink, it also has the products at reasonable pricing, plus there’s an impressive range of options to choose. If it’s outdoors, you can choose between a weather-resistant bullet, PTZ, or even 1K10 vandal-proof models.

More on that, continue reading the detailed review below.

The 4 Main Differences between Foscam vs Reolink

As mentioned earlier, Reolink and Foscam share quite a number of features. However, the purpose of this article is to help you decide between the two. So, we’ll go straight to the things that distinguish them. They include:

This is the first feature where Reolink has a win, thanks to cameras like RLC-1220A that records in 4096p Ultra HD. The 12MP lens is a recent upgrade from 8MP, thus allows you to monitor with an immersive visual experience. You can even zoom the distant images and the pictures will still be rich in details and colors.

Another thing, Reolink has security cameras that have an integrated spotlight and others a Starlight CMOS image sensor. Hence, giving you full-color pictures even at night. Foscam has neither of the two technologies, but you can still see in infrared (black and white) when the night crawls in.

Although not a must-have for a security camera, this feature can help ward off an opportunistic burglar before breaking into your property. It mostly refers to an in-built siren function but a programmed spotlight/ floodlight could work too.

Again, Reolink takes the lead here as it already has multiple cameras with an integrated spotlight and siren alarm function. A good example is Reolink Lumus and the Argus line.

Unfortunately, Foscam didn’t have any working active deterrence feature at the time of this writing. However, the company has advertised pending S41 and F41 WiFi cameras that will have a spotlight and floodlight respectively.

When it comes to smart AI integration, Foscam takes the win with their smart PIR motion detection and human detection. The company has also advertised on their website that they’ll soon have a video doorbell that offers even face detection and face recognition. Hence, letting you know when your kids are from school and also minimize false alerts.

Still, some Foscam cameras have sound detection functionality that sends you an alert after detecting noises in the proximity.

As was mentioned earlier, Reolink is not much into advanced algorithms. It only has smart PIR motion detection that focuses on animals, vehicles, and people in general.

Both Foscam and Reolink relies on multiple storage options for your captured footage. If it’s the expandable NVR recorders, you can opt for the hard disk or the cloud if you would want to view past footage while away. And if you decide to go with the standalone cameras, the two brands do include MicroSD support for local recording.

That being the case, though, the Reolink cloud plan is relatively cheaper, plus there’s a free basic plan that offers 7-day storage. However, this deal is for one camera and also it only record short event video clips.

Still, Foscam has been generous on cloud storage as well, whereby it offers 8- hour free recording. But again, this package is only available for one year, after which you’ll need to buy a subscription plan.

The following is the current pricing of cloud service between Reolink vs Foscam.
Chart 2:

Notes:
The video history recorded to the cloud for both Foscam and Reolink is short clips triggered by events: motion or sound detection. Neither of the two offers continuous 24/7 video recording for this option. Thus, you’ll have to rely on local storage if you truly need it.

Foscam vs Reolink: The 4 Best Security Camera Systems From the Manufacturers

Here are two other alternative s that you might like if you have a slightly lower budget at hand but need an almost similar combination of features.

This is one of the bestsellers from Reolink and a great choice if you want to monitor a large area. It comprises an 8-channel NVR station and cameras that you can hook up to watch your compound from different angles.

Each of the cameras has an 80-degree field of view and a 5MP image sensor. Thus, deliver crispier, high dimension videos while still covering a large scene of your property. Still, the cameras have a built-in microphone to ensure you can enjoy footage with audio.

Thanks to the preinstalled hard disk, you don’t need to purchase a cloud to save your footage. The CCTV system also uses PoE wired technology to transmit the images and audio. So, you necessarily don’t need to have the internet on your property.

If what you need is an indoor security camera or baby monitor, this Foscam model can do the magic. It’s also one of the bestsellers from the brand, with 1,660+ positive reviews on Amazon (only).

The security camera delivers stunning 2K HD videos, plus has an extra-wide 105° lens to cover more grounds of the room. It even includes a built-in mic and speaker, which allows you to speak with your kid or whoever facing the camera through your phone.

Moreover, the security camera is a wireless model, which means you can set it up by yourself in no time. It also supports both cloud and local recording to a MicroSD card. So, you can still know what had happened throughout the day even after the internet was down.

With a variety to choose from, free storage, option, and smart home compatibility, both Foscam and Reolink are great security cameras. Yes, not all of them are the best but you surely can’t go wrong with a couple. Besides, we all have different needs and what I may dislike might be exactly what you’re looking.

In any case, Reolink is a much better option if you’re looking for a security camera system for business or large property. The company has immersive collections to browse through, plus various selections with exemplary video quality.

If you only need a single camera for your apartment, Reolink does offer a free 1GB cloud storage and local storage. So, you can get real-time and past video history without any monthly renewals.

But again, Reolink hasn’t fully invested in intelligent algorithms. So, you might need to consider an alternative solution if your interest is in such features. 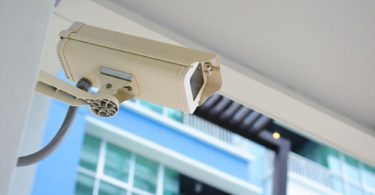 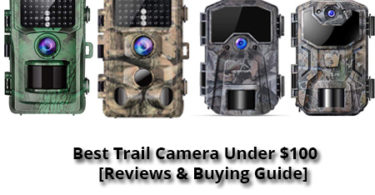 Although they just started as game tools, trail cameras are now an essential piece of outdoor... 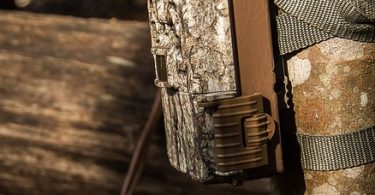 While video surveillance systems are the best option to secure your properties, their use in some... 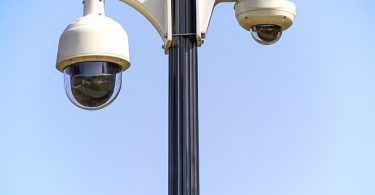 Are you looking for a way to monitor your home with ease? Without digging deep into your pockets...